everywhere a sign. Blockin’ out the scenery, breakin’ my mind.  Do this, don’t do that, can’t you read the sign?

As I mentioned before, there’s construction going on in my neighborhood.  Right along an important stretch of road for my commute, and with 2 weeks until school starts again, it looks like they’re just getting started.

And with construction comes a plethora of signs.  Telling you to slow down, move over and don’t hit the barricades.

Signs telling you to stop and wait, or just stop and figure a different route to take.

Hoping to entice you to come visit, even though the construction may make it inconvenient.

These pictures brought to you by the Utah Department of Transportation and:

Spewed forth by Max Sartin at 8:09:00 PM 8 backlashes Ideas: Signs of the times, Thematic Photographic

I started my Facebook account as an assignment in one of the technology classes I took for my Master’s Degree.  It lay dormant for a couple years, until the last Presidential election, when I discovered there is a lot of funny stuff being passed around there.  I spend most of my time there scrolling through, looking for things like this

and passing it on for my friends and family to see.

But blended into that humor, I also found a source of news.  Now, I take everything I see on Facebook with a grain of salt, so this is only a starting point.  Things like this

make me curious and then I look into it further, in this case to find out that Cheerios got slammed for having a commercial with an interracial couple and their mixed-race daughter.  They also decided to continue airing the commercial.

And then there’s my creative/opinionated side.  The beauty of memes is that they are meant to be copied, adjusted, edited and then passed on.  I adjusted this one about Naval Bases and noise to fit our current debate about moving the Utah State Prison.

I also had to adjust this one, because although I agreed wholeheartedly with the basic premise, I felt it had a myopic view of the problem.

Living in Utah, if you have war related PTSD, July is a good month to go on vacation.  For the whole month.

You see, we have U.S. Independence Day (4th of July) and then 20 days later we have Pioneer Day (24th of July).  That celebrates the arrival of Brigham Young and his LDS followers in the Salt Lake Valley.

Which means that we have 14 days of fireworks in one month.  And that’s if everyone follows the rules, which allow them 3 days before and 3 days after each of the holidays.  In reality, we have a full month where you can expect your quiet evenings to be interrupted with explosions at any time.

This 24th I decide to go up on the hill and see what pictures I could get of the fireworks.  I got up there around 9:00, even though the official fireworks wouldn’t start until 10:00, and I’m glad I did.  The first thing that struck me was that it sounded and looked like I was looking down on a town under siege.  Fireworks were going off all across the valley.  I could see explosions all over the place, and the smoke their launch left hanging right above the trees.  And I could hear popping and banging all around me, some of the louder explosions echoing off the mountains.  It was weird, surreal.  Hopefully you can get an idea of it from this video.  Keep in mind I took it with my cell phone, so don’t expect too much clarity. 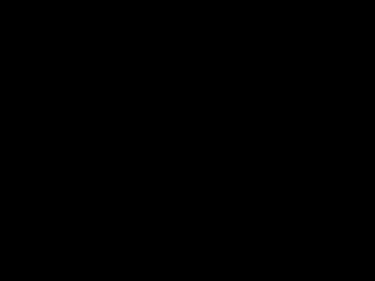 Here are some of the pictures I took.  It surprised me that I liked some of the lighter ones better than the ones taken later at night.

P.S. – Lisa, this is where I took the pictures from:

Spewed forth by Max Sartin at 10:45:00 AM 3 backlashes Ideas: battlezone, fireworks, Pioneer Day

I’ll admit it – I blurred these perfectly sharp pictures just for this theme.  That’s because as soon as I saw the theme I thought “Cool, now I can use some of my school pictures.”  In case you didn’t know, I can get in trouble if I post pictures of students on my blog, especially if the students are in focus and easily identifiable.

So I waded through my school pictures and chose one from each of the schools I taught at, ones with (hopefully) good stories that go with them.

School #1:  In 2001 our school did a service project where we brought a bunch of students up to Midway to help clear part of the track for one of the 2002 Olympic venues.  Here are a few students sitting on the hill relaxing after a day of clearing.

Back then it was common for both boys and girls to bleach their hair, and this picture reminded me of one student who did it himself.  He came to school with his previously brown hair bleached a very white blond.  One spot on the top, back of his head was particularly white, and the hair just fell out onto my finger when I poked at it.  I asked him what he did to bleach is hair.

“I poured a bunch of bleach in a bowl, stuck my head in and held it there.  I figured it was done when it started burning.”

Uh, more than done.  He ended up having to shave his head completely.  At least it grew back.

School #2: This kid got paid $5 to lick my chalkboard when I called him up to do a problem.  The smearing of chalk all over his face was free.  **This student also drank a 3 month old carton of milk for $7, and was confused why he was feeling nauseous by lunch.

School #3: One of the classes I enjoyed the most was this after-school cooking class at an inner-city middle school.  It was always packed and the kids loved it, and surprisingly they liked cooking “real food” more than desserts.  Several of them proudly told me how they had made our home made chicken noodle soup for their families.

School #4: Another class I really enjoyed teaching was my Psychology classes at the high school.  One of our counselors got her father to bring in his lie-detector machine and we had fun hooking up students to it and asking them (benign) questions.

School #5: A student brought in some Kool-Aid that he had forgotten to put the sugar in.  We spent some time seeing who would dare to try the unsweetened Kool-Aid, and getting pictures of their reactions.

School #6: And finally, a crowd surrounds students competing in a pie eating contest during lunch.