Cobwebs on my blog.

In the next couple of months I’m supposed to get to know them well enough to ensure that they are academically successful and emotionally secure.

I had to make my academic and behavior expectations for them clear enough for a 12-year-old to understand.  And throw in just enough entertainment to keep them from falling asleep.

I’ve had to help them find their lockers, and help them open them, find their next class and make them believe that the world will not end because they are a couple minutes late to that class.

I’ve kept my cool as 30+ of them at a time were having issues connecting to the computer network, and then the Canvas site, and then the Acuity testing site.

I’ve gone from spending most of m

y days mindlessly puttering around the house or blathering about irrelevant things with friends, to having 30 pairs of eyes watching every move I make. And trying to keep those eyes on me rather than spending their time catching up with friends they haven’t seen since last June (or at lunch yesterday).

I love my career, can’t imagine doing anything else.  But these first two weeks are completely and utterly exhausting.  That’s why I haven’t been by to visit all my favorite blogs, and why mine has been growing cobwebs.

And why every night this week I’ve fallen into a deep sleep by 7:30 pm.

Here’s to one more week of 10 hour sleeps, as I get the curriculum ball rolling.

Alvin, maybe. But I don’t know about Theodore.

Day 1 and I already have a good line to share.

When I was surprised that a students remembered that I owed him a soda from the middle of last school year, he responded:

“Hey, I have the memory of a chipmunk … or … of something that has a really good memory.” Ducks in a row.

When we first noticed them, they were in a perfect, straight line.  Both my brother and I immediately thought of the phrase “Get your ducks in a row.”

Spewed forth by Max Sartin at 9:04:00 AM 4 backlashes Ideas: Baldo, end of summer

It’s been a busy, tiring week.  That first week teachers are back always is.  So is the first week the kids are back, so the next 7 days are going to be exhausting too.  Fun, but exhausting.  That’s why this is so late, and why I haven’t checked out the other photos.  Yet.

I took these pictures today on the walk back from dropping my car off at the mechanics.  17th South bumps up against the gully, and at one point it runs right along a sharp drop into the back yards of the houses in the gully.

Oh, and did I mention that the only camera I had on me was the infrared one?

Spewed forth by Max Sartin at 10:09:00 PM 7 backlashes Ideas: From Behind, Thematic Photographic

As I lay me down to sleep… 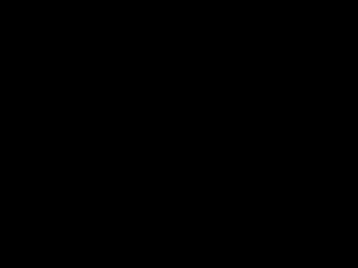 The alarm is set.

The clothes are clean and in the drier.

The car is aimed out the driveway and

the coffee is ready to go.

Tomorrow is the official first day of the new school year for all the teachers in my district.  A week from tomorrow the students will join us.

One reason it’s bad to not run your car for more than a year.

We didn’t get very far, a cursory glance and further inspection revealed that the good transmission isn’t going to work.  They are both basically the same transmission, the bulletproof Ford C-6, but the bell housing, which is where the transmission connects to the engine, isn’t the same.

So instead we fiddled around with the truck.  Took off the front grille and bumper so we can get that painted this week.

We also had to start it up to move it forward so we could maneuver the good transmission back behind it for storage.  Which reminded my why I should have been running it for 10 or 15 minutes every month or so.  Huge billows of grey smoke filled the garage (Blue smoke is bad – means you’re burning oil.   Grey smoke just means you’ve let it sit too long and need to let it run for a bit.)

We had to evacuate the garage for a while so that it could air out.  Which was fine, we pulled the truck  forward and got the front end out of the garage where we could work on the grille and bumper in the fresh air.

By the time we were done tearing it apart and ready to put it back in the garage, the exhaust from the truck and the air in the garage were clear.

Now it’s ready to get painted and I have the winter to save up the money to buy the new transmission.  Wheee!

You wanna do WHAT with my picture?

The finishing touches are going on the Westminster dorms, now known as “Westminster on the Draw”.

Takes some real guts (or maybe 4 years of free tuition?) to allow them to put a 3 storey picture of you up on the side of a building.  Especially when that building is on the corner of one of the busier intersections in the city.

Yeah, if it was on the corner of Downington Ave and Lake Street, but 21st South and 13th East?  Right at what is basically the first exit from the east on I-80 going into the city.*   That guy’s face is the first thing many visitors are going to notice in Salt Lake City, and when they inevitably pull into the Chevron the second thing they’ll notice is her face.

“Hey, isn’t that you on the side of that Westminster building?”

The fires just outside of the Salt Lake Valley may finally be out, but the smoke remains, and the spectacular sunsets continue.

*There is actually one before, but it’s right at the mouth of the canyon and a lot of the visitors at the Chevron I worked at didn’t realize there was even a gas station there.

The whole thing started in April of last year.  A year and 4 months later students are moving in to the new dorms for Westminster College.

I went over there with Jim after he got off work at the Chevron to take a look around inside.  There was a welcoming committee, checking in the new students, so I asked if we could take a look around.  Not alone, but one of the students manning the front door was willing to take us for a tour.

All I can say is:  pretty nice.  We saw bunk beds, like in the blurry picture above, and thought that we’d been lied to when we were told each student would have their own room.

We were wrong about being lied to.  Each student has their own bedroom, a tiny one that I’m guessing is about 10’ by 6’ (3.5m by 2m).  To save room, the beds are raised up so that you can sit at the desk beneath it.  Weird, but ingenious.

There are 4 bedrooms to each suite, which has 2 bathrooms, an average apartment-sized kitchen, small dining room and a nice sized living room. (The floor plan above is supposed to be to scale, but since I recreated it from memory it’s just an estimate- click to enlarge.)

The appliances aren’t cheapo ones either, they are all as good or better than I have in my own home.  Wisely, they have solid, well built furniture for the dining and living room areas.

$700 a month, your own bedroom, a bathroom you have to share with only one other person, a nice kitchen, comfortable living area and a clothes washer and dryer.  Not bad.  I think I’ll rent out my house and move in there.

Spewed forth by Max Sartin at 10:47:00 AM 1 backlashes Ideas: moving in, Westminster

When I saw this I knew it couldn’t be right.  It took me a few minutes to figure out the one fatal flaw.  I checked all the Algebraic steps, did the problem myself, and I’ll tell you that none of the steps are done wrong.

One of these things is not like the others…

One of these things just doesn’t belong.

Well, it does belong, because it fits the

theme of grey, but when I looked at all 4 of the pictures I picked for this post, I flashed back to Sesame Street and their little “doesn’t belong” game.

And the fun thing is that my infrared camera works perfectly for this theme, so here are some more infrared pictures.

I’m not sure what a “dry standpipe” is, but this shiny chrome setup is on the outside of the parking structure they built with the building next to the Chevron.

I actually did this a few times this summer.

The pictures came out orangey, but to the naked eye the sun was blood red as it set tonight.  With the strips of clouds going past it, it looked like a huge red moon setting, a scene straight out of Star Trek.

I took a bunch of pictures, changing the shutter speed back and forth, it’s hard to tell exactly how the pictures are going to turn out by looking at them on that small screen on the camera.  The darker ones show show the red better, I probably could have captured it if I had gone even faster on the shutter speed.  But the lighter ones show the stripes of the clouds going by, and the glow on the lake better, so I put a few of each in.